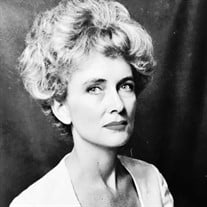 Norma Davis Owen Norma Davis Owen of Memphis, Tennessee, died peacefully surrounded by her three beloved children on December 28, 2021. Norma was the wife of the late Clinton Penn Owen, Jr., of Tunica, Mississippi. She had been a five-year resident of Trezevant Manor in Memphis. A native of Nashville, Tennessee, Norma was born June 28, 1934, the youngest child of Edith Uhler Davis and Maclin Paschall Davis. She was named for her grandfather Norman Hezekiah Davis, who served as Secretary of State under President Woodrow Wilson and was later Chairman of the American Red Cross. Norma attended Palmer School, Ward-Belmont, and in 1952 she was a member of the first class of graduates from Harpeth Hall in Nashville, Tennessee. She attended Sweet Briar College for two years and graduated in 1956 from Vanderbilt University where she was a member of Kappa Alpha Theta Sorority. It was at Vanderbilt that Norma met Clinton Penn Owen, Jr., and they married in 1958 at Christ Church Cathedral in Nashville. For more than fifty years, Norma lived a life joyfully devoted to Penn and a large family as well as to admiring friends across Mississippi and Tennessee. She was a lifelong member of the Episcopal Church. In Tunica, she was involved in all activities at Epiphany Episcopal Church including the contribution of stained-glass windows, the hosting of an annual tennis tournament fundraiser, service and leadership on the altar guild, and organization of countless potluck gatherings. In the 60s, Norma was the first female ever to serve as a vestry member in the Episcopal Diocese of Mississippi. In 2003, she was the representative of the congressional delegation invited to Mississippi Day at the National Cathedral in Washington, DC, where she participated in a ceremony that included two of her grandchildren, who served as acolytes. At Trezevant Manor, she continued her service as an usher at St. Edward’s Chapel. Norma brought to her life in Mississippi a natural talent for graciously entertaining loved ones for tennis games, water aerobics, croquet parties, barbeque suppers, birthday parties, Christmas Eve gatherings, and one never-forgotten wedding reception in 1984. She was known to her seven grandchildren and two great-grandchildren as “Grandmarnie” and delighted in being a part of their youth. With them, she shared her love of travels near and far, tennis, swimming, cats, gardening, and celebrating milestones in life. Norma adored her memberships in many organizations including the Tuesday Study Club; the Colonial Dames; and the Little Garden Club of Memphis, which acknowledged her hard work by awarding her the Garden Club of America’s Club Conservation Award in 2011. She was a Circle Life Member of Dixon Gallery and Gardens. She treasured her lifelong associations and friendships made with members and staff at the Memphis Country Club and the Memphis Hunt and Polo Club. Norma is survived by her three children: Clinton Penn Owen III (Gwen) of Memphis, Meredith Owen Holbrook (Jim) of St. Louis, Missouri, and Norman Davis Owen (Christian) of Tunica. She will be deeply missed by seven grandchildren and two great-grandchildren: Elizabeth Parrish Hassan (Hazem), James Louis Holbrook III (Haley and sons James and Maclin), Mary Holbrook Johnson (Tyler), Elizabeth Davis Holbrook, Norman Davis Owen, Jr., Catherine Tabor Owen, James McGehee Owen. She also leaves behind a brother, Maclin Paschall Davis, Jr. (Joan) of Nashville, Tennessee, and is predeceased by her sister, Edith Davis Whiteman. The family wishes to express special gratitude to Norma’s longtime assistant and friend Martha Purvis Ross and to Kathryn Feinstone of Attendant Care Services as well as staff members Angela, Beth, Gloria, and Willie Mae. A private family inurnment is planned at Epiphany Episcopal Church in Tunica. All friends will be invited to attend a Celebration of Norma's Life to be held at Dixon Gallery and Gardens in the spring of 2022. In lieu of flowers, the family requests memorial gifts be made to the Little Garden Club of Memphis c/o Jeannie Tabor, 6500 May Creek, Memphis, TN, 38119, Dixon Gallery and Gardens, 4339 Park Avenue, Memphis, TN, 38117, Trezevant Foundation, 177 North Highland Street, Memphis, TN, 38111, Epiphany Episcopal Church, P.O. Box 224, Tunica, MS, 38676 or Church Health, 1350 Concourse Avenue. Suite 142, Memphis, TN, 38104. .

Norma Davis Owen Norma Davis Owen of Memphis, Tennessee, died peacefully surrounded by her three beloved children on December 28, 2021. Norma was the wife of the late Clinton Penn Owen, Jr., of Tunica, Mississippi. She had been a five-year... View Obituary & Service Information

The family of Norma Davis Owen created this Life Tributes page to make it easy to share your memories.

Send flowers to the Owen family.