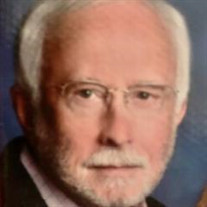 Paul Augustine Payne was born on April 14, 1946, to James William Payne, Sr. and Ann Marie Cianciola Payne at Methodist Hospital in Memphis, Tennessee, the same hospital he practiced most of his career. He died at Baptist Hospital, Memphis, Tennessee, March 20, 2022. He attended Sacred Heart Elementary, Catholic High School for Boys, and Memphis State University and graduated with a medical degree from The University of Tennessee at Memphis. Paul was a lifelong Memphian who loved and supported the city and its people, sports, venues and charities. He was also a life long Catholic and long-time parishioner of St. Peter Catholic Church. Paul completed his medical residency and fellowship in nephrology at the University of Tennessee in 1977 and was instrumental in the development of the dialysis program at Methodist Hospital. He began a nephology private practice subsequently joined by Jennifer Kinnard, MD, Marc Stegman, MD and others. In 1995 they opened Memphis Kidney Dialysis Services (MKDS), ultimately selling these to Fresenius Medical Care. Paul was a very observant person and a perfectionist, who used these skills to compassionately care for his patients. Paul and Martha Savage Payne, who survives him, were married in 1978, celebrating 44 years of marriage in January. He is also survived by his three sons, Paul Zachary Payne (Karen Helgeson), Brian Christopher Payne (Meghan) and William Herman Payne (Margot); a very special niece, Linda Payne Dorheim (Tanner); and his half brother James Louis Payne. He is survived by three grandchildren, Basile Andre Payne, Minnette Joan Payne, Martha Susannah Payne and two adopted grandchildren Mason Payne Dorheim and Tessa Adcock. Preceding him in death are his parents; his brother, James William Payne Jr.; and his half sister Barbara Payne Cecil Wright. To know Paul was to experience his quiet, intellectual nature, but also his quick, humorous wit. He was at his best in small groups and one-on-one with discussions varying from politics to spiritual matters and was famous for his quick one line quotable remarks. Paul taught his family that in all situations, even difficult ones, it is important to find the gold. The gold in our losing Paul is our eternal love for him and the love and gifts he gave us, along with wonderful memories. A memorial mass will be held on Friday, March 25, at 10:30 a.m., with visitation at 9:30 a.m. at St. Peter Catholic Church, 190 Adams. Ave. In lieu of flowers, the family requests that any memorial donations be made to St. Peter Church, MIFA, or a charity of the donor’s choice.

Paul Augustine Payne was born on April 14, 1946, to James William Payne, Sr. and Ann Marie Cianciola Payne at Methodist Hospital in Memphis, Tennessee, the same hospital he practiced most of his career. He died at Baptist Hospital, Memphis,... View Obituary & Service Information

The family of Dr. Paul Augustine Payne created this Life Tributes page to make it easy to share your memories.

Send flowers to the Payne family.