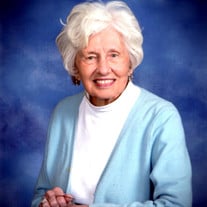 Peggy Tual Ivy Peggy Tual Ivy, 90, died peacefully on December 14, 2020 at Providence Place in Senatobia, MS. In 2017, she had moved from Memphis to Senatobia to be closer to her daughter. Mrs. Ivy was born on March 14, 1930 in Memphis, Tennessee to Mabel West Tual and Blanchard Selden Tual. She graduated from Central High School in 1948 and attended Texas State College for Women in Denton, TX where she was a member of the synchronized swim team. She returned to Memphis and worked at Union Planters Bank and embarked on a fashion modeling career with Gerber’s, Julius Lewis, Franklin Simon and Sears. She was also a field representative for McCall magazine. In 1950, Peggy married Fred E. Ivy, Jr. at Idlewild Presbyterian Church and they raised three children. In the mid-1980s, she was director of the City Slickers program (now Teen Job Services) at MIFA (Metropolitan Inter-Faith Association), later serving as consultant to Teen Job Services. Mrs. Ivy was involved in various clubs, serving as president of L’Allegro Circle, King’s Daughters and Sons, and as an officer of LeBonheur Club, a support group of LeBonheur Children’s Hospital. She was also a member of the LeBonheur Travel Study Club and Circle of Flowers Garden Club. Mrs. Ivy was a devoted member of Idlewild Presbyterian Church, where she served as a Deacon and Elder. She was president of Women of the Church and a member of the Abigail and Trezevant Circles, and was awarded Life Membership in 1983. Mrs. Ivy also served on the congregational care committee for many years as well as the nurture ministry and the prayer chain. She was a member of the Covenanters Sunday School class. Mrs. Ivy was active in her children’s church activities during their youth as she served as a church school teacher, an advisor to Junior High Youth Fellowship, and an active supporter of her children’s church sports teams. Mrs. Ivy cherished the Advent season at Idlewild, especially the beautiful music from the choir and organ. Idlewild was her haven and a treasured part of her life since she was six years old. Throughout her life, Mrs. Ivy nurtured many artistic talents, including her love of knitting and other needle work, as well as ceramic and porcelain work created in her home studio. She gifted many with her original creations and also sold them at Forty Carats when it was located in Overton Square. She enjoyed bridge and mahjong and took great pride in having read all of the Modern Library’s best novels of the 20th century. In the last stages of her life, dementia claimed her sharp mind. But, even in the final stages of illness, her kindness, gentleness, and graciousness continued to shine through. Mrs. Ivy is predeceased by her husband of 64 years, Fred E. Ivy, Jr., sons Fred E. Ivy “Rick” Ivy, III, David Tual Ivy, and brother James Selden Tual. She is survived by her daughter, Carole Ivy Givens (Warren Buford) of Senatobia, MS, and her three beloved grandchildren, Warren Buford Givens, Jr. (Elaine) of Asheville, NC, Ruth Ivy Givens of Brooklyn, NY and West Meriwether Givens, also of Brooklyn, NY. She is also survived by her sister Carole Tual Saville of El Cerrito, CA, brother Blanchard E. Tual (Louise) of Memphis and brother-in-law John D. “Jack” Ivy (Carolyn) also of Memphis, as well as many nieces and nephews. Due to the COVID-19 pandemic, a memorial service at Idlewild Presbyterian Church will be held at a later date. In lieu of flowers, memorials may be made to Idlewild Presbyterian Church, 1750 Union Avenue, Memphis, TN 38104; or Senatobia Presbyterian Church, 431 W. Main, Senatobia, MS 38668.

Peggy Tual Ivy Peggy Tual Ivy, 90, died peacefully on December 14, 2020 at Providence Place in Senatobia, MS. In 2017, she had moved from Memphis to Senatobia to be closer to her daughter. Mrs. Ivy was born on March 14, 1930 in Memphis, Tennessee... View Obituary & Service Information

The family of Peggy Tual Ivy created this Life Tributes page to make it easy to share your memories.

Send flowers to the Ivy family.