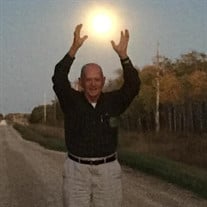 Pete Aviotti Being a bit mischievous, Pete Aviotti was not always a stickler for rules. But when this wholehearted Memphian, family man and friend died peacefully at home on June 21, 2022, at age 88, the Good Lord welcomed him anyway. Pete’s mother and father immigrated from Italy as teenagers. They met in the United States, married and had three children. The family lived for a time in a house attached to the back of their grocery store on South Parkway. Pete attended grade school at St. Thomas at Trigg and Lauderdale, Christian Brothers High School on Parkway, the University of Mississippi for three days, (long story) and Memphis State University for one year. At age 11, Pete was a professional drummer for various traveling dance bands that played at The Peabody and Claridge Hotels. At that time, he was considered the youngest member of the Musician’s Union. After high school, he walked away from his musical career to sign a professional baseball contract with the Boston Red Sox. One year later, his contract was bought by the St. Louis Cardinals. After a short stint in the Army and a broken leg that ended his baseball career, Pete returned home to work for the Memphis and Shelby County Planning Commission. This led to a career in road construction and real estate development at Ashland Oil, Folk Construction Company and Dunavant Enterprises. While at Folk Construction, he and Humphrey Folk decided they could not find a good steak in Memphis, so they opened Folk’s Folly. After retiring as president of Dunavant Development in 1998, Pete volunteered to help newly elected Memphis Mayor Willie W. Herenton with business development. Responsibilities snowballed, and he became an official consultant. His days at City Hall varied from advising major businesses to riverfront development to helping build the FedEx Forum. He was always available, and his home phone number was listed so citizens could call at all hours for help with something as small as tracking down purchase orders, reconnecting MLGW services or scheduling garbage pickups. Pete was a fierce competitor when he was hunting, fishing, biking, or playing tennis. He was frugal with his pennies, a bit of a flirt, and a consistent liar about his height. He was an avid chef, cooking wild game, fish and Italian food for countless family and friends. With a twinkle in his eye and a dry sense of humor, he loved to entertain around his dining room table or with wine on his front porch. Pete always found a way to say "yes" to the community he loved, working with countless government agencies and not-for-profits. He was a member of the Memphis and Shelby County Port Commission, Memphis and Shelby County Planning Commission and Board of Adjustment, honorary trustee of Ducks Unlimited, secretary/treasurer of the Whitehaven Wildlife Gourmet Club, a Tennessee Squire, and was inducted into the Christian Brothers High School Hall of Fame and City of Memphis Park Commission Hall of Fame. He served on boards of the Memphis Brooks Museum of Art, Memphis Zoo, New Memphis Arena Building Authority, Chickasaw Basin Authority, Memphis Red Birds Foundation, Memphis Riverfront Development Corporation, University of Tennessee Institute for Agriculture Development, was past chair of the boards at Christian Brothers University, Agricenter International and the Metropolitan YMCA, and past vice chair of the board of the Memphis and Shelby County Library Foundation. Above all, Pete adored his large Italian family. He is now at peace, reunited with his beloved wife of 43 years, Cecil, his parents, older siblings, Josie and Johnny, and several good friends. “Saluti” to one fun, heavenly reunion party! He is survived by his wife of 18 years, Penny, whom he called his second shot at happiness, our children Maria Aviotti (Tommy), Christy Baioni, Angie May (John), Tricia Franklin (Arthur), Cecile Birchler (Mike), PJ Hofer (Kalyn) and Kristin Garza, 13 ½ grandchildren, Lena Baioni, Rachel Baioni, Johnny May, Aaron May, Catherine May, William Franklin (Kendall), Cecil Franklin (Sarah), Luke Franklin, Alicia Birchler, Lawrence Birchler, Mary Todd Birchler, Antonio Garza, Jaxon Garza, and soon-to-be-born Baby Hofer, four great-grandchildren and countless nephews, nieces and friends from all walks of life. Of his five daughters, he once said, “Through all the piano recitals, proms, boyfriends, graduations and weddings, we still have our sanity and one dollar.” Visitation will be at St. Louis Catholic Church, 203 S. White Station Road, Friday, June 24th at 1:00 pm - 2:30 pm with a funeral Mass to follow at 2:30 pm. Burial service will be private. In lieu of flowers, donations are encouraged to any charity that benefits Memphis, the city Pete loved so much.

Pete Aviotti Being a bit mischievous, Pete Aviotti was not always a stickler for rules. But when this wholehearted Memphian, family man and friend died peacefully at home on June 21, 2022, at age 88, the Good Lord welcomed him anyway. Pete&#8217;s... View Obituary & Service Information

The family of Pete Aviotti Jr. created this Life Tributes page to make it easy to share your memories.

Being a bit mischievous, Pete Aviotti was not...

Send flowers to the Aviotti family.