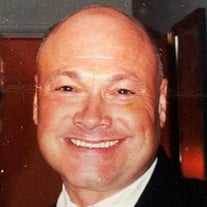 Philip Joseph Johnson III passed away peacefully May 17, 2021 at Methodist Hospice Residence. A Memphis native, born August 5, 1950, Phil attended the University of Georgia and graduated with a B.S. in Finance from University of Tennessee where he made life-long friends and was a member of SAE fraternity. Phil started out as a “squidge” at family-owned A.C.T. Beasley Cotton Company on Front Street and later became responsible for the firm’s international business in Europe, Canada, Asia and South America. Bolstered by his international experience, Phil developed the International Trade Center with offices in Memphis, Nashville and Knoxville. He was president of the Memphis World Trade Club in 1990 and president of the World Trade Council of Middle Tennessee in 1996. When an opportunity became available at the Greater Memphis Chamber of Commerce, he was hired to run the International Trade Department and worked his way up to Vice President of Economic Development. Phil joined Sowell Realtors in 2008 and was an affiliate broker until July 2012 when he joined the Bartlett Area Chamber of Commerce focusing on economic development. In his younger days after college, Phil was known for his traveling juke box, shared with friends at many parties. He had an eye for good design and good art, and loved to cook and entertain friends at his home in Windover Grove, and he was an avid reader. Phil was a disciplined runner, biker and swimmer and participated in triathlons and marathons. He loved his annual trek with friends to a race in New Orleans and he helped organize races for the Boys’ and Girls’ Clubs of Memphis of which he was a long-time board member. He was a welcomed vacation guest by both family and friends. When queried about his favorite vacation spot, he answered, “wherever I’m invited!” Phil was predeceased by his mother, Minor Beasley Johnson Brown and father Philip, Jr. He is survived by his brother David Beasley Johnson. Phil also leaves Steve Peckham who became his best friend in his last years. His family will never forget the love and care Steve has shown to Phil and to all of us. Due to Covid-19 protocols, a memorial service at Grace-St. Luke’s Episcopal Church will be private with the Rev. Ollie V. Rencher officiating and homily delivered by the Rev. Mary Allison Cates. The service will be Livestreamed at 4:00 p.m. Thursday, today. Virtual worshipers may view the service and access the leaflet at: www.gracestlukes.org/live and www.facebook.com/gracestlukes We hope many of Phil’s friends will come to the University Club for a reception at 5:00 p.m. after the service. Memorials may be sent to the donor’s favorite charity or to one of Phil’s favorites: Boys and Girls Clubs of Memphis, or St. Jude Hospital; a donation to Methodist Hospice Residence or Paige Robbins Adult Day Center would also be a wonderful way to remember Phil.

Philip Joseph Johnson III passed away peacefully May 17, 2021 at Methodist Hospice Residence. A Memphis native, born August 5, 1950, Phil attended the University of Georgia and graduated with a B.S. in Finance from University of Tennessee... View Obituary & Service Information

The family of Philip "Phil" Joseph Johnson III created this Life Tributes page to make it easy to share your memories.

Send flowers to the Johnson family.