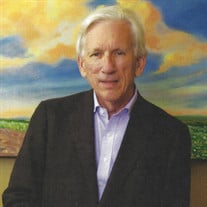 Philip Richard Zanone, Sr. Philip Richard Zanone, Sr., passed away peacefully on June 5, 2020. He is survived by his beloved wife of nine years, Pallas Pidgeon Zanone; his children: Mary Zanone Johnson (Neil), Philip Richard Zanone, Jr. (Morgan), Katie Zanone Webb (Chris); grandchildren: Shea Lynne Johnson, Catharine “Cate” Irwin Johnson, Philip Richard Zanone, III; John Greenway Zanone, William Henry Zanone; stepdaughter McLean McGown (David Brooks) and their children, Jemima Brooks and Goldy Brooks. He is also survived by his siblings, Maureen Zanone Buchman and Nell Zanone Stratton of Memphis, as well as numerous nieces and nephews. He is preceded in death by his parents, George Augustus “Gus” Zanone and Mae Riley Zanone; his first wife, Irwin Leatherman Zanone; and his brothers, Thomas Edward Zanone and George Augustus Zanone, Jr. Born in Memphis, Tennessee, in 1941, Phil resided here all of his life, while maintaining his family’s longstanding ties to Horseshoe Lake, Arkansas. For the past 34 years, he was also a part-time resident of Aspen, Colorado. From an early age, Phil displayed an acumen for business and a strong entrepreneurial drive. After graduating from Christian Brothers High School, he attended Vanderbilt University and then returned to Memphis to begin a long and successful career. His numerous roles included: President of Mid- South Beverages and Midland Financial Group; Founder of Green River Properties; Founder of the 713 Hunting Club in Marianna, Arkansas; and Chairman of the Board of the Assisi Foundation of Memphis. In addition to his wide range of business accomplishments, Phil acted as a mentor to many in the Memphis community over the course of his life. An avid sportsman, Phil actively pursued his passions for snow skiing, cycling, and hunting. He will be remembered for his charismatic personality and deep loyalty to a large group of friends and family. Most importantly, he was firmly devoted to his family and stood as a respected role model for his children, grandchildren, and all those who knew him. In lieu of flowers, the family asks that donations be made to the Church Health Center, 1350 Concourse Avenue, Suite 142, Memphis, Tennessee, 38104.

The family of Philip Richard Zanone Sr. created this Life Tributes page to make it easy to share your memories.