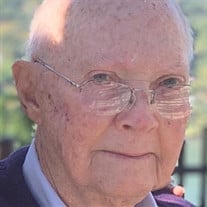 Raphael Eustace Semmes, 90, died February 29, 2020 at Baptist Memorial Hospital following a brief illness. Born in Memphis, Tennessee on September 15, 1929 to Mary Alice Graves Semmes and Dr. R. Eustace Semmes, he attended Pentecost-Garrison School and The Choate School in Wallingford, CT before graduating from Christian Brothers High School. He attended the University of Tennessee and graduated from the University of Mississippi in 1951. Upon graduation, he was associated with Stratton-Warren Co. before acquiring Montgomery & Co, where he was president for nearly forty years. Affectionately known to family and friends as “Diddy,” his interests were wide-ranging. Through the years, he was an enthusiastic amateur race car driver, small aircraft pilot, deep sea fisherman, duck hunter, skier, racquetball player, cyclist, card player, golfer and commodities trader. He also enjoyed collecting local art, was an admirer of contemporary architecture and was an avid music buff. Always calm in a storm, he stayed young at heart by never losing his sharp sense of humor and inquisitive mind. He leaves his wife of 29 years, Carrie D. Semmes, his daughter, Vicki S. Baird (Rob), his son, John M. Semmes (Cindy), four grandchildren, Elizabeth B. Brown (Lucas), Robert A. Baird, Jr., Emily G. Semmes and Sophie M. Semmes, and his sister, Mary Alice Gordon. A reception for family and friends will be held Thursday, March 5, 2020 from 2:00-4:00 pm at the Memphis Country Club. A private interment will follow at a later date. In lieu of flowers, the family requests that memorials be made to an organization of the donor’s choice.

The family of Raphael Eustace Semmes Jr. created this Life Tributes page to make it easy to share your memories.

Send flowers to the Semmes family.