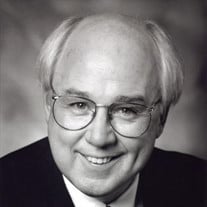 Raymond Edward George Memphis, TN Known simply as Ray to those who knew him well, Raymond Edward George died March 28, 2020 after a sudden heart attack in Memphis, TN. He spent his seventy-three years in constant exploration of new and beloved pursuits, all while maintaining an unparalleled commitment to the decades-spanning relationships he built. Born in California in 1946 and raised in Anadarko, Oklahoma, Ray would spend his formative years alongside his sister and his parents, John and Mary George. Among his civic contributions to Memphis, Ray served as chairperson of the United Way Annual Fund, co-chair of the NAACP Freedom Dinner, a member of the boards of the Memphis Food Bank and the National Civil Rights Museum. He served as Vice-President and General Manager of the Mid-South Coca Cola Division from 1989 to 2009. Ray would claim that the true start of his life came when he met Gail, his eventual wife of forty-five years. Introduced by a mutual friend who promised that he was a great dancer who would make her laugh, Ray boasted “that was that—happily ever after.” Unintimidated by the two young children, Ashley and Keith, that Gail brought into the marriage, Ray embraced fatherhood. He was fond of saying that he went “from a twenty-eight-year old bachelor to a husband with two kids, a house, and a dog in just one afternoon.” Throughout his life, Ray built lasting relationships that he carried on for decades to come, be it former Coca Cola colleagues, new friends on the golf course, at community events, and around the neighborhood. With his charm and commitment to make any experience a good one, Ray was impossible not to like. He spread an inimitable light over all who had the privilege to come in his path, and he reminded us all of the power of staying in touch. Ray was an iconic volunteer of REACH Memphis for several years and channeled his gift of connection into mentorship of young high school students. He enjoyed instructing them on career- and college-related matters, but mostly he loved getting to know personally the young students. One of his mentees recalls that Ray “had this gift of seeing potential in everyone he came in contact with. Simply talking to him brightened your mood and gave you a sense of empowerment. He … went above the norm to uplift those around him.” A special fund is being established in Ray’s name at REACH Memphis to recognize outstanding student leadership. Donations may be made online at reachmemphis.org or at the REACH Memphis office at 4640 Poplar Avenue, Suite 323, Memphis 38117. You may read a tribute to Ray on the REACH Memphis website. In his role as husband, father, and Pop—the roles he undoubtedly cherished most—Ray embodied unconditional love and support in every manner. He will be remembered for his humor, his enthusiasm, and his dedication to being a worthy friend in every relationship. He is survived by his wife, Gail of Memphis; his daughter, Ashley Gill; his son-in-law, Scott; and his granddaughter, Alison of St Louis; his son Keith George and grandchildren Zander, Hayes, and Harper of New York City; plus a well-stocked collection of single-malt scotch. A date for a Celebration of Life for Ray will be announced at a later time.

The family of Raymond Edward George created this Life Tributes page to make it easy to share your memories.

Known simply as Ray to those...

Send flowers to the George family.