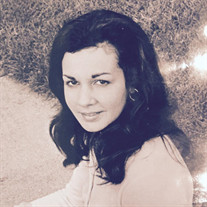 Reta Beck Bledsoe was born in Greenwood, Mississippi on Jan 6th, 1952. She died at home in Memphis after battling cancer on Feb 24th, 2022. Reta moved to Memphis from Ruleville, Mississippi in 1957 after the death of her father. She graduated from The Hutchison School in Memphis and went on to earn an AA from Mount Vernon College in Washington, D.C. and a BA in journalism from the University of Memphis. While in D.C. she worked on both sides of The Hill in the offices of Representative Tom Railsback and Senator Jim Eastland. Reta started dating Steve Bledsoe on July 7th, 1970; the two were married on August 18th, 1973. They were rarely apart during those 52 years. She was an active volunteer in The Junior League, Les Passes, and the Episcopal Church. The most important things in Reta’s life were her twin boys, Gene and Tom. From their birth until her death, they were her number one priority. Reta is preceded in death by her parents, JT “Son” Beck and Ida Sue Barner Beck, and her brother Bob Robinson. She leaves her husband, Steve Bledsoe, her sons Gene Bledsoe (Anne) and Tom Bledsoe, her granddaughter, Cindy Bledsoe, her siblings, Jane Ezzell (Mason), Tom Beck (Betty), Bradford Beck (Sallie), Suellen Murchison (Ken), her sisters-in-law, Lynn Buhler and Cindy Beesley (John), and numerous nieces, nephews and cousins. Nothing gave Reta more joy than the birth of her granddaughter, Cindy. Hearing Cindy say “I love you Momo” undeniably extended Reta’s life. Reta had close ties to The Hutchison School and Memphis University School. As a graduate of Hutchison, she was thrilled that her granddaughter started preschool there this year. She was an MUS cheerleader and her husband and both of her sons are alumnae. With that in mind, her family asks those wanting to honor Reta’s memory to donate to: The Hutchison School, 1740 Ridgeway Rd, Memphis, Tennessee 38119 or The McMillin Fund, MUS, 6191 Park Ave, Memphis, Tennessee 38119. A celebration of life will be held at a later date.

Reta Beck Bledsoe was born in Greenwood, Mississippi on Jan 6th, 1952. She died at home in Memphis after battling cancer on Feb 24th, 2022. Reta moved to Memphis from Ruleville, Mississippi in 1957 after the death of her father. She graduated... View Obituary & Service Information

The family of Reta Beck Bledsoe created this Life Tributes page to make it easy to share your memories.

Send flowers to the Bledsoe family.