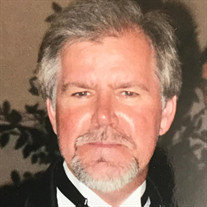 Robert Lee Burns Robert Lee Burns, AKA “Handsome” Bob Burns, 68, passed away on April 1, 2020, at his home in Memphis, TN. He was born June 13, 1951 in Memphis, TN, the son of James McCall Burns and Willie Mae (Forsythe) Burns. Bob graduated from Tech High in 1969, and years later he received his Associates Degree from Shelby State. After high school, he married Mary Ann Hough, recently celebrating 49 years of marriage. Bob was an avid baseball player, softball player, golfer, and runner throughout his life. He retired as a planner from Smith and Nephew, where he spent 35 years of his career with many friends. Much like his father, James, Bob kept an open mind, an open heart, and an open door to friends, family, ball players, and musicians throughout his lifetime in Memphis. Bob had a special love and fondness for his parents’ family in Frog Jump, TN and his childhood neighborhood near Charjean Baptist Church; and he was a proud member of St. Therese Catholic Church in Memphis. Bob was a large fan of any sport at University of Memphis, especially Tiger Basketball. In addition to his parents, he was preceded in death by his stepmother: Estelle Thrasher-Burns; brothers: Jerry, Jim and William; sisters: Jeanne, Anita Cheryl, and Phyllis; brother in law: Donald Grayson, sister in law: Barbara; and grandson: Walter Chase. In addition to his wife, Mary Ann (Hough) Burns, he leaves his sons: Robert Michael, Paul (Amy), and Jeff (Terri). Bob also leaves his brothers: Bryant (BJ), Dennis (Linda) Thrasher; his sisters: Kim (Lee) Rippee, and Sandra Grayson, and sister in law: Karen Bain-Burns. Bob leaves his six grandchildren: Devon, Brittany, Dalton, Emerson, Jaylen, and Abbie. There is an abundance of other family that he will also be leaving: nephews, nieces, cousins, aunts, and uncles. Unfortunately, due to the current situation with COVID-19, the family will host and announce a celebration of his life at a later date. In lieu of flowers, if you would like to do something special, you can help support research for Alzheimer’s and Dementia via donation at alz.org.

The family of Robert Lee Burns created this Life Tributes page to make it easy to share your memories.

Send flowers to the Burns family.