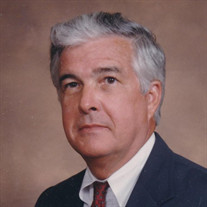 Robert Louis Green, 92, passed away peacefully on January 24, 2021. Robert (Bob) was predeceased by his wife June Wells Green in 2015. He is survived by his five children: Senah Green Goetz (Mike) of England, Timothy Garland Green (Jody) of Houston Texas, Sarah Green Collyar (Lynn) of Huntsville Alabama, Mary Latanzio (Artie) of Flemington New Jersey and John Green (Faye Manning) of Memphis. He has nine grandchildren (Melissa, Artie, Jack, Elizabeth, Chris, Katherine, Hunter, John Matthew and Addison) and two great grandchildren (Jake and Molly). Bob was born on June 17, 1928 in Wichita Kansas to Pearl Garland Green and Hugh Francis Green. The second oldest of 11 children, Bob was predeceased by his parents, nine brothers and one sister (Tony, Mary, Hugh, Bill, Danny, Jim, Mike, Jerry, Martin and Andy). During Bob’s second year at Wichita University, he was awarded a Naval R.O.T.C Scholarship and ordered to report as a Midshipman to Tulane University in September 1947. After receiving his B.A. in June 1950, Bob entered Tulane Law School. In June 1951, having just completed his first year of law school, Bob was ordered to active duty in the United States Navy as an Ensign aboard the U.S.S. Mindoro. Stationed out of Norfolk, Virginia, Bob spent three years aboard the Mindoro which operated in the Atlantic from Norway to Haiti. Released from active duty in June 1954, Bob returned to Louisiana with his wife and two children to re-enter Tulane Law School, using his GI Bill. The four of them made it through law school and Bob received his Bachelor of Laws Degree on May 28, 1956. By January 1960 they had twin girls and another son. Bob proudly recounted that, prior to graduation, he served on the winning Moot Court team at the law school, where his achievement remains carved in “the marble” at the Tulane Law School. Upon receiving his law license on July 26, 1956, Bob was invited to join the law practice of Charles L. Neely. He was a partner in Neely, Green & Fargarson for many years, focusing primarily on litigation, before ending his 60 plus years of legal practice with Allen, Summers, Simpson, Lillie & Gresham. Among his many professional honors and memberships, Bob was a fellow of the American College of Trial Lawyers and a Super Lawyer in Civil Litigation Defense since 1991. He was an Emeritus Member of the American Inns of Court and was listed in the “Who’s Who in the Legal Community” on numerous occasions. He was a member of the International Association of Defense Counsel and the American, Tennessee and Memphis Bar Associations. He served as President of the Memphis Bar Association and was selected for the Judge Jerome Turner Lawyer’s Lawyer award in 2005, and also received the Pillars of Excellence award from the University of Memphis Alumni Chapter in 2011. Bob was honored to be a lawyer and loved being a part of the legal community. He proudly served with the Tennessee Board of Law Examiners for 19 years (1962-1981), completing his service as President of the Board. He cherished the privilege of signing hundreds of the law licenses that grace the walls of lawyers from one end of the state to the other. As a member of the “Grey Knights,” Bob volunteered many Saturdays doing pro-bono legal work for indigent Memphians through Memphis Area Legal Services. Following his three years of active duty in the US Navy, Bob remained active in the Naval Reserve for more than 30 years and retired as Captain, USNR, in 1988. Outside of his professional life, Bob was a Memphis State basketball fan and a season ticket holder for many years. A devout Catholic, Bob filled the Saturday 2:00 a.m. hour of Perpetual Adoration for St. Louis Church for 17 years. Services will be conducted by Canale Funeral Home in Memphis. A funeral mass will be held at St Louis Church, 203 S. White Station Road, at 10:00 a.m. on Thursday, January 28, with burial to follow at Memorial Park Cemetery. The funeral mass will be viewable on-line through www.stlouischurchmphs.org. Click on “Watch Sunday Mass.” In lieu of flowers, kindly consider a donation in Bob’s honor to the veteran’s organization of your choice.

The family of Robert Louis Green created this Life Tributes page to make it easy to share your memories.

Send flowers to the Green family.