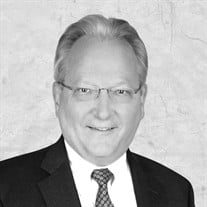 Robert F. Sharpe, Jr. Robert F. Sharpe, Jr., 68, of Memphis, died suddenly but peacefully in his sleep on February 4, 2022. He will be sorely missed by his family, friends and colleagues across the United States. Robert was born in Memphis on July 30, 1953 to Jane Allen Sharpe and Robert Faye Sharpe, Sr. A 1971 graduate of Memphis University School, he graduated with honors from Vanderbilt University and Cornell Law School. After initially practicing law at the Heiskell Donelson law firm (now Baker Donelson), he joined and ultimately ran the consulting, training and publishing business Robert F. Sharpe and Co., which later became the Sharpe Group. Most recently Robert launched Encore, a new and innovative network of top independent consultants to nonprofits. Robert was a nationally recognized pioneer, leader and authority in the field of philanthropy and charitable gift planning. Over his 40-year career serving America’s nonprofit community, he was instrumental in helping to raise tens of billions of dollars for some of the largest charitable organizations in the nation. He authored many articles, and his remarks on philanthropy were regularly published in The New York Times, The Wall Street Journal, Newsweek, Forbes, Trusts & Estates, and The Chronicle of Philanthropy. Robert served as chairman of the philanthropy editorial board of Trusts & Estates magazine and co-authored the National Association of Charitable Gift Planners (CGP) Model Standards of Gift Valuation. He was a recipient of the CASE Crystal Apple award for excellence in teaching and received the Lifetime Achievement Award from the Philanthropic Planning Group of Greater New York, the David M. Donaldson Distinguished Service award from the Planned Giving Group of New England and was inducted to the CGA Gift Planning Hall of Fame. He also served as a member of the board of directors of Memphis Museums, Inc. Robert shared his enthusiasm for all things he found interesting (which was everything) to the peril of those around him. Listening to him speak was like trying to take a small sip of water from a fire hydrant. He was a passionate author of corny puns and riddles. His child-like exuberance for life coupled with his extraordinary intelligence and wisdom produced a heady cocktail. He loved history, philosophy and genealogy, the written word and soulful music—especially John Prine. He studied the past to predict the future, and he was excellent at it. He could ask so many questions about a new and fascinating subject that by the time he was finished asking questions he had become the expert. His kindness and generosity of spirit colored everything he did. His career in nonprofit consulting was his calling. The Biblical teaching that “to whom much is given, much will be required” was a guiding principle of his life. But above all were the beautiful women in his life, his wife Donna, his five daughters and their mothers. Robert’s pride in his children was unparalleled. They were his joy. He is survived by his loving wife, Donna Palmer Sharpe; daughters Emily Houston Sharpe (Cate Scruggs), Elizabeth Sharpe Zanca (Peter), Mary Catherine Sharpe Smart, Elliana Grace Palmer, and Virginia Sharpe Smart; his grandchildren Henry and Anne Zanca; and his mother, Jane Sharpe Carl. He is also survived by his siblings Susan Hedge (Dwight), Paul Sharpe (Beverly), and Timothy Sharpe (Alison Quin) and many nieces and nephews. Robert remained very close with and is also survived by former spouses Anne McCormick Covington and Catherine Cabaniss Smart. He was predeceased by his father, Robert Faye Sharpe, Sr. A private memorial service will be held on Thursday, February 10th. Robert dedicated his life to the advancement of philanthropy and charitable giving. In the spirit of his relentless efforts, the family requests that in lieu of flowers memorial gifts be made to the charitable organization of the donor’s choice.

Robert F. Sharpe, Jr. Robert F. Sharpe, Jr., 68, of Memphis, died suddenly but peacefully in his sleep on February 4, 2022. He will be sorely missed by his family, friends and colleagues across the United States. Robert was born in Memphis... View Obituary & Service Information

The family of Robert F. Sharpe Jr. created this Life Tributes page to make it easy to share your memories.

Send flowers to the Sharpe family.