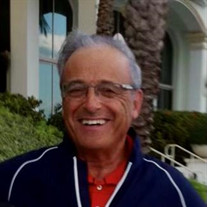 Dr. Rodney Y. Wolf, innovator of cardiac surgery in the Mid-South, died on March 27, 2021, at his home in Memphis. He was 84. Born the son of a baker in Knoxville, Tennessee, Dr. Wolf spent nearly 50 years in the practice of cardiac, thoracic and vascular surgery at Baptist Hospital in Memphis, where he performed over 10,000 open heart procedures. He was known as a surgeon of the highest integrity who took no shortcuts—one who accepted and succeeded in critical, high-risk cases. Dr. Wolf worked tirelessly over the years to champion quality and innovation in the operating theater. Early in his career, when cardiac surgery was in its infancy, he was the first to employ cutting edge technologies in the operating room and beyond. He pioneered minimally invasive coronary bypass surgery and minimally invasive heart valve surgery at Baptist, and established the first cardiac ICU in Memphis. It is because of his efforts that the Baptist cardiac program is recognized as the finest in the Mid-South. He also served as Chief of Surgery and Chief of Staff during his tenure at Baptist, and upon his retirement served as President of the Baptist Memorial Healthcare Foundation. Dr. Wolf also loved teaching young doctors, and for 30 years trained countless vascular surgeons, many of whom are still in practice in all parts of the country, including his son, Dr. Bradley Wolf. He started the cardiovascular programs at hospitals in Jonesboro, Arkansas, Bowling Green, Kentucky, and Florence, Alabama. Dr. Wolf received his medical degree from the University of Tennessee, where he also served his general and cardiothoracic internships. He also trained at the Mayo Clinic under Dr. Dwight McGoon. After his training, he served as a Major in the United States Air Force in Dayton, Ohio. As an avid aviator from the age of 15, Dr. Wolf used his Air Force GI Bill benefits to become instrument qualified on twin-engine aircraft. After leaving the Air Force, he established the Thoracic and Cardiovascular Surgery Association with Brewster Harrington and Glen Crosby, which grew to be the largest cardiovascular surgery practice in the Mid-South. A lifelong Tennessee Volunteer, Dr. Wolf was a fixture at the University of Tennessee’s Neyland Stadium during football season. In 2002, the Wolf-Kaplan Center was dedicated at Neyland Stadium. In 2014, the Rodney Y. Wolf, M.D., and Brenda C. Wolf Scholarship Endowment was founded by his children at the University of Tennessee Health Science Center. Dr. Wolf is survived by his wife, Brenda Cook Wolf, sons Dr. Bradley Wolf and Gary Wolf, daughters Kelly Wolf Burkholder and Dory Wolf Sims, and eight grandchildren. In lieu of flowers, donations may be made to Baptist Memorial Health Care Foundation, Temple Israel, or St. Jude Children’s Research Hospital.

Dr. Rodney Y. Wolf, innovator of cardiac surgery in the Mid-South, died on March 27, 2021, at his home in Memphis. He was 84. Born the son of a baker in Knoxville, Tennessee, Dr. Wolf spent nearly 50 years in the practice of cardiac, thoracic... View Obituary & Service Information

The family of Dr. Rodney Y. Wolf created this Life Tributes page to make it easy to share your memories.

Send flowers to the Wolf family.