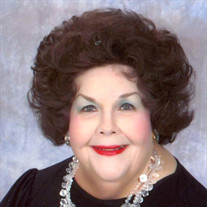 Mrs. Rose Marie Barrasso Cross passed away peacefully Sunday, December 26th, 2021. She was born January 3rd, 1936 to the late Mr. and Mrs. Anselmo Joseph Barrasso. She was preceded in death by her beloved husband, Robert “Bob” Edwin Cross who passed away September 5th, 2014. She is survived by cousins Linda Christenson (Jack), Mike Payne (Margaret), Sandra Davis (Buford) and preceded in death by cousin Bobby Young. She also leaves behind beloved friend Lauren Spiegel as well as many other cousins including (John Christenson Jr., Michelle Payne, Mike Payne Jr., Ben Davis, Sarah Davis, Jeremy Young & Jason Young). A graduate of East High School in Memphis, she earned a bachelor’s degree from Sienna College (formerly Southwestern College and now Rhodes College) and a master’s degree from the University of Memphis. Mrs. Cross was a dedicated teacher retiring from Fayette Ware High School in Somerville TN. She was the chairperson of the English Department for 15 years and lead countless theater productions of the Fayette Ware High School Drama Department as well as served as a sponsor to many clubs and organizations over the years. Mrs. Cross taught hundreds of high school students during her 50 years in the classroom and would often encounter them when out and about in Memphis. She was a lifelong communicant of St. Michaels Catholic Church in Memphis and both she and husband Bob were members of “Fun Night” social club at Holy Spirit Catholic Church. Mrs. Cross and her husband Bob were ardent supporters of Theater Memphis and they were always “opening nighters” having the same seats for over 30 years. She appeared in several productions at Theater Memphis and at the Center Players at Southwestern College. She was most proud of her original 3 act play “A Time for Talking” performed by the Center Players which received great reviews. Mrs. Cross was a proud member of UNICO and served on the Board of Directors for several years. In 2009 she was the national winner of the Ella T. Grasso award for her essay about her Italian heritage she inherited from her father Anselmo who owned the famous Palace Theater on Beale Street. Rose Marie often said, “I believe I got my first taste of acting and the theater when daddy allowed her to watch, in awe, the stage shows at the Palace Theater”. Rose Marie was always the life of any social setting or family gathering. She loved to play piano and never turned down a request to perform. Rose Marie and Bob were Memphis Tigers fans, and she had an encyclopedic knowledge of classic Hollywood films. She was a larger-than-life person and will be greatly missed by her family and friends. Visitation will be held at St. Michael’s church Thursday, December 30th at 10 am with a funeral service at 11 am. Burial will follow at Memorial Park Cemetery.

The family of Rose Marie Barrasso Cross created this Life Tributes page to make it easy to share your memories.

Send flowers to the Cross family.