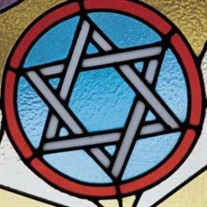 Obituary of Roy Nathan Mansberg Born June 13, 1938 in Monroe, Louisiana, Roy was the only child of Hulda Wexler Mansberg of Monroe and Emanuel Nathan (Buddy) Mansberg of New Orleans. Living in Monroe, the first ten years of his life, he learned to love nature, the freedom of small-town life, loyalty, and patriotism. There were always older family members living with the Mansbergs during the lean depression years which continued with the family’s move to New Orleans in 1948. There he attended Henry W. Allen School, Isadore Newman High School, and Tulane University. In grammar school he met his “brother,” Mike, also an only child of older parents. Their unique friendship until Roy’s death provided a lifetime of adventures on land and sea. At Tulane in 1956, he met his future wife, Barbara Leigh Weil who was a freshman at Sophie Newcomb College. Roy served in the Airforce Reserves and upon completing his tour, he and Barbara married at her parents’ home on St. Andrews Fairway. Barbara had one more semester until graduation, and they lived in a tiny basement apartment on St. Charles Avenue in New Orleans. They moved to Metairie, LA one year later where they welcomed their first child, Sally Anne Mansberg into the fold. Three years later after moving to Memphis, they brought their son, Roy Daniel Mansberg into the family. Following ten years in a family business, Roy established Royal Chemical Company with legal advisor and friend, Steve. He sold the business 25 years later after a serious heart attack. Roy subsequently retired … for six weeks. Known for his intuitive curiosity and capabilities, Roy ventured into Home Depot, an almost daily occurrence, to buy parts to repair who knows what item for the four homes of our extended family. While there, out of curiosity, he found the manager to inquire about a place for him to work there; thus, his party began. As an expert gardener and repair guy with a chemical and sales background, Roy enjoyed the last of his 22 years helping others fix their worlds. It did not take long for thousands of customers to become friendly with this knowledgeable and gentle man they called Mr. Roy. His love of family guided his 61-year marriage. Sally married Memphian, Jeffrey Rosenberg, and they added to the family with Kayla Beth and Samuel Aaron. Likewise, Danny married Leigh Alyson Baim of Pine Bluff, Arkansas. They added Ramelle Grace (Ramie) and Emma Baim to the Mansberg family. When Ramie married Jason Glick, he became a new grandson. Roy enjoyed extended family life almost as much he enjoyed his retirement job at Home Depot. Having served as a JCC coach for his son’s teams, an 8th grade Ethics teacher at Temple Israel for 20 years, a high school fraternity advisor, and a troop 25 Boy Scout leader for a quarter of a century with his buddy, Dick, Roy was indeed an example of kindness. In fact, he was an example of what is the best in every person, fostering these qualities in the youngsters he inspired. Leukemia was truly his only enemy in life. His bevy of good friends included drinking buddy, Jim and movie buddy, Jerry, and others whom he cherished, endeared, and sorely missed during the COVID crisis. And now we all will miss him. His memory endures. Memorial donations may be made to: Temple Israel, Temple Israel Boy Scout Troop 25, or Henry S. Jacobs Camp.

Obituary of Roy Nathan Mansberg Born June 13, 1938 in Monroe, Louisiana, Roy was the only child of Hulda Wexler Mansberg of Monroe and Emanuel Nathan (Buddy) Mansberg of New Orleans. Living in Monroe, the first ten years of his life, he learned... View Obituary & Service Information

The family of Roy Nathan Mansberg created this Life Tributes page to make it easy to share your memories.

Send flowers to the Mansberg family.