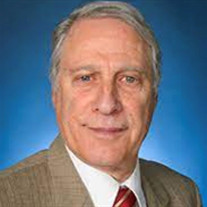 Stephen Ely Tabachnick, PhD 4/1/1944 – 10/9/2021 Stephen Ely Tabachnick passed away on Saturday October 9, 2021 at the age of 77 in Memphis, Tennessee. The only child of Nathaniel Tabachnick and Ruth Fesman, he was born in New York City on April 1, 1944, and grew up in San Diego, California. After receiving his Bachelor’s degree at the University of California-Berkeley, he earned his Master’s degree at the University of Chicago, and his PhD at the University of Connecticut-Storrs, all in English Literature. His first full-time professorship was at the Ben Gurion University of the Negev in Beersheva, Israel, teaching English Literature to a very diverse student body. He also taught part-time at the Hebrew University in Jerusalem. In Beersheva, he met and married Sharon and they had two children. After 10 years in Israel, the family moved to the United States in order to help Stephen’s aging parents, and Steve worked part-time at the University of California in Los Angeles. A few years later, Steve and Sharon welcomed their third child in Cookeville, Tennessee, where Steve served as Chair of and Professor in the English Department at Tennessee Technological University. In 2000, Steve and his family moved to Memphis from Norman, Oklahoma, where he was Chair of and Professor in the English Department at the University of Oklahoma. In Memphis, he first served as Chair of the English Department at the University of Memphis for eight years, and then continued to teach as a tenured Full Professor at the University of Memphis until his retirement in 2020. Though he loved his work to the point that it became his hobby, a diagnosis of ALS (Lou Gehrig’s Disease) eventually forced him to retire. Steve was an expert on Lawrence of Arabia and on the Graphic Novel. He possessed a love of writing and was the author or editor of 13 books, including Images of Lawrence (published by Jonathan Cape, Lawrence’s own publisher), Fiercer than Tigers: the Life and Works of Rex Warner, and The Cambridge History of the Graphic Novel, as well as numerous academic articles. He also loved spending time with his family and friends, playing with his children, and later grandchildren, traveling, listening to classical music, and hanging out at the local Starbucks. He is survived by his wife Sharon, children Daphne, Orrin Stephen, and Laurie, and four grandchildren who will miss him dearly. Steve was preceded in death by his parents Nathaniel and Ruth. The funeral service will be held graveside on Monday October 11, 2021 at 3:00 PM at Temple Israel Cemetery, 1708 Hernando Rd. Memphis, TN 38106. The service will be streamed live on the Temple Israel website (timemphis.org, phone 901-761-3130), and a video recording will also be made available. Condolences may be sent to the email address [email protected] In Steve’s honor, donations may be made to Temple Israel (timemphis.org) or to the ALS Association (als.org).

The family of Dr. Stephen Ely Tabachnick created this Life Tributes page to make it easy to share your memories.

Send flowers to the Tabachnick family.