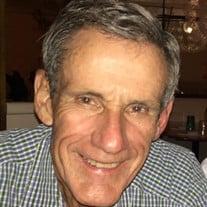 Stewart Gorham Austin Stewart Gorham Austin, born in Buffalo, NY, in 1944, passed away on Friday, November 6, 2020. Stewart graduated from Memphis University School and received his bachelor’s degree in finance and real estate from the University of Alabama, where he was a member of Phi Gamma Delta fraternity. A former president of Memphis Homebuilders Association and longstanding member of Lambda Alpha land economics society, Stewart devoted his career to Memphis real estate. He was a founding partner in Patton, Taylor and Austin Land Development, Austin Homes, and Austin-Weiss Construction. Lauded for his contribution to local real estate, Stewart was a recipient of the Builder of the Year award. Although his work in real estate held great significance to him, Stewart’s grander mission was in serving others, most notably in his tireless dedication to Synergy Treatment Center, where he served for many years as Chairman of the Board. He also served on the boards of the Boys and Girls Club of Greater Memphis and Hutchison School, and was a member of Phoenix Club of Memphis. Stewart’s greatest joy was his wife of 54 years, Dede. A true family man, Stewart adored and drew immense pride from his two children, and was utterly devoted to his six grandchildren. At his grandchildren’s schools, you could find him in the audience of every recital and performance, and in the bleachers of every game. He cared deeply for his brothers, Dede’s family, as well as his extended and blended family members. Most of all, Stewart was the epitome of both a gentleman and a gentle man. Described by his friends and colleagues as kind, humble, honorable, and a man of integrity, Stewart would rather sit quietly and listen to others, rather than draw attention to himself. He always had a historical book at his side. He loved his mountain home in North Carolina, laughing with his golf buddies, and rooting for the Crimson Tide. He was a member of Memphis Country Club and Highland Falls Country Club. Dede often referred to Stewart as “Dear,” and dear he was to all his loved ones who will miss immensely. He is predeceased by his parents Donald Gynn Austin and Elizabeth Gorham Pittman. He leaves his wife Ellen (Dede) Lott Austin; children Stewart Gorham Austin, Jr. (Ellen) of Memphis, TN, and Ellen Austin Smith (Donovan) of Charleston, SC; his brothers Donald G. Austin, Jr. (Jenny Grehan) of Memphis, TN, and Thomas G. Austin (Roulhac) of San Francisco, CA; and his grandchildren Sarah Gorham Austin, Elizabeth Lott Austin, Cecilia McPhillips Smith, Stewart Donovan Smith, Margaret Heatherington Smith, and Ellen Gorham Smith. A private family mass will be held at St. Peter Catholic Church. Friends may send condolences via Canale Funeral Home, in person or on their website. In lieu of flowers, the family requests memorials be made to Synergy Treatment Center, 2305 Airport Interchange Ave, Memphis, TN 38132; St. Peter Catholic Church, Memphis, TN; or a charity of choice.

The family of Stewart Gorham Austin created this Life Tributes page to make it easy to share your memories.

Send flowers to the Austin family.