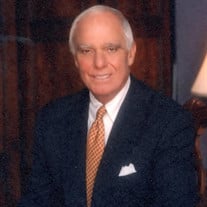 Thomas Charles Kimbrough died Thursday, June 10, 2021. Born in Memphis November 30,1937, Tom attended Pentecost Garrison, East High, Baylor Preparatory School and Vanderbilt University. His entrepreneurial spirit began with the publication of the world’s first Beatnik Dictionary (swinging syllables) which sold over a million copies. He subsequently owned several Drug Stores, Baskin-Robbins, Danver’s Restaurants and Hallmark card stores. Tom is best remembered for his successful career in real estate as a developer, investor and broker. He redeveloped family property at Poplar and Perkins Rd. He also partnered with the late Lloyd Lovett where he was involved in developing projects that included Farmington Country Club and golf course and surrounding residential properties. They also developed Balmoral, Colonial Acres, Kirby Woods and others. Tom was instrumental as Vice President of Crye-Leike where he opened multiple offices in Middle TN and managed the Nashville operation for several years. Tom opened the first Crye-Leike East Memphis office and he was a past President of the Memphis Board of Realtors. He served on the boards of numerous civic and charitable organizations and was a member of Memphis Country Club. Tom always had a positive attitude regarding life. He was the consummate gentlemen and extremely well read. Tom’s most genuine traits were his loving nature, great sense of humor, style, ability to tell great stories and willingness to help others in achieving their goals. An avid outdoorsman, skilled skier, scuba & sky diver you never knew where or what you might see Tom accomplishing. His love for family was paramount in his life. He is survived by his loving wife of 48 years, Joy. He is also survived by his sons Tom Kimbrough (YuAe), Keller Kimbrough (Eiko), Chris Fiedler (Becky), and seven grandchildren, Chris, Lucy, Josephine, Charles, Peggy, Allie and Paul. He was predeceased by his daughter Leigh Fiedler Marek (2020), and his parents Renan Kimbrough and Margaret Witherington Kimbrough. He was a lifelong member of Second Presbyterian Church. Visitation will be held at Canale Funeral Directors from 3PM to 5PM on Sunday, June 13th. Graveside services will be held Monday, June 14th at 1PM at Elmwood Cemetery. In lieu of flowers, the family asks that donations be sent to Church Health Center or the Mid-South Food Bank.

The family of Thomas Charles Kimbrough created this Life Tributes page to make it easy to share your memories.

Send flowers to the Kimbrough family.