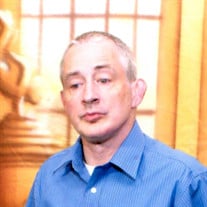 Often in life, we concern ourselves with what others think — and in a quest to fit into society, we lose sight of ourselves. Thomas Osbourne Klyce never did. It didn’t matter what others thought about him; he didn’t care. You couldn’t fit him into a box. From the time he was born on January 9th, 1960, to the time he died on April 25th, 2022, Tom stayed true to himself. He was born with autism, during a time when it was heavily stigmatized and poorly understood. But his parents, Robert Edward Klyce Sr. and Eleanor Ann Klyce, learned everything they could about it, and educated others. They founded the first Memphis chapter of the National Society for Autistic Children — now called the Autism Society of America — and brought together other families with autistic children. Working tirelessly to raise autism awareness and with immense love for Tom, they sought to give him a chance at the best life possible, and helped him find his own interests — such as music. Tom loved music from an early age, and he would excitedly rock back and forth as it surrounded him. Sweeping classical pieces and film scores were his favorites; he loved the theme from Born Free, and Tchaikovsky’s Nutcracker Suite. It was in music where Tom found pure joy, and he amazed his family in his ability to sing along — not with words, but with passion and precision. Accurately and easily, he could grasp the rhythm and melody. He also had an uncanny ability to track down food — which, you could argue, was his other great love. “Cookie cookie cookie,” he would say, requesting a sweet treat. But Tom didn’t just like sweets. His favorite kind of food was the “edible” kind; and even if you thought he had eaten enough — or more than enough — and decided to hide food to prevent him from having more, he’d find it. It didn’t matter where you put it, either. His family hid treats in places the world’s greatest detectives wouldn’t look. Yet Tom would go right to them. This was another hallmark of Tom: he regularly outwitted people to get what he wanted, and it wasn’t hard for him. Why? Because he was smarter than people gave him credit for. Tom was extremely observant, and he was always watching you, subtly. Then, when you turned around, or left for just a few seconds, he made his move, swiping your drink or finding the extra food. Then, when you returned, he’d give you an amused, mischievous look — letting you know that, once again, you’d been beaten. Tom’s sweet, innocent spirit yet determined, strong-willed, and mischievous personality and uniqueness endeared him to all those he leaves behind. This includes his immediate family: his mother, Eleanor; his sister, Katherine Lussier and her husband Bob; and his brother, Robert Edward Klyce Jr. with his wife Christina, and their three children, Michael, John, and Sam. He also leaves his large extended family at D&S Community Services, Shelby Residential and Vocational Services (SRVS), Compass Coordination, and the Arc of Tennessee along with a team of therapists and numerous others who watched over him and provided loving care and comfortable group homes where he resided with his roommates. All loved Tom, and they will miss him dearly. But they take consolation knowing that he has now been reunited with his father in heaven — where he is at peace, rocking back and forth to the music of the angels. Join us to celebrate Tom at St. Louis Catholic Church on Monday, May 2nd for a 12:30 pm visitation and 1:30 pm funeral mass with burial to follow at Calvary Cemetery. In lieu of flowers, the family suggests memorial donations to the Autism Research Institute at https://www.autism.org/about-us/ or a charity of your choice.

Often in life, we concern ourselves with what others think &#8212; and in a quest to fit into society, we lose sight of ourselves. Thomas Osbourne Klyce never did. It didn&#8217;t matter what others thought about him; he didn&#8217;t care.... View Obituary & Service Information

The family of Thomas O. Klyce created this Life Tributes page to make it easy to share your memories.

Often in life, we concern ourselves with what others think —...

Send flowers to the Klyce family.