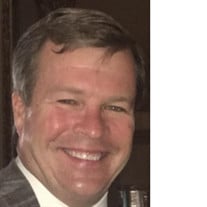 Timothy Henry Krahn was born in Cavalier, ND. He was the first child of Henry Cornelius Krahn and Catherine Ann (Lorenz) Krahn, arriving on July 6, 1961 (the first anniversary of their wedding)! Tim lived in North Dakota for the first 7 years of his life before moving to Omaha, Nebraska where his father completed a residency in Radiology. Tim lived in Nebraska for 3 years, which influenced him to remain a staunch, lifelong Nebraska Cornhusker fan. His love of flying enabled him to score a ticket to the 1995 Orange Bowl by agreeing to fly a friend and former Cornhusker player in his Bonanza airplane to the big game. As a bonus, he was able to meet the coach, Tom Osborne, after the game, at an event celebrating the Cornhusker’s National Championship win. From Omaha the family moved to Springfield, MO. Swimming was one of Tim’s passions, both with the Springfield Swim Team for 8 years as well as for Glendale High School for 2 years. Tim competed at the Missouri High School State Swim Meet both years while at Glendale, finishing as high as second place in the many events in which he competed. Tim graduated with Honors from Glendale High School in 1979. Tim also developed a passion for the “lake life” while in Springfield. To Tim, lake life meant celebrating life with family and friends. Together with Mike, 10 months his junior (10 ½! Cathy always clarifies), Jane and Cindi, they enjoyed a close family growing up with swim meet weekend trips, summer trips to Cass Lake, MN, and the bulk of summer weekends spent at Table Rock Lake. Tim and his three siblings grew up very much loved by their parents and each other. Tim was an avid photographer. He loved to fish and spent many summers on an annual trip to Bamaji Lake in Ontario, Canada with his Dad,Brother, and their friends. Lake life eventually involved Greer’s Ferry Lake in Heber Springs, AR. Tim loved driving his Cobalt boat and spent endless hours on the water, tubing, surfing, skiing, wakeboarding, and jet skiing and fishing with the kids and their friends. Tim graduated with Honors from The University of Tulsa in 1983. During his time there he forged many lifelong friends with his brotherhood in his beloved Sigma Chi Fraternity. Tim stayed in Oklahoma to attend the University of Oklahoma Medical School where he graduated first in his medical school class winning the coveted L.J. Mooreman Award which is given to the top graduate, and the Hewlett Packard Outstanding Medical Student Award. Tim spent his Residency years 1988-1992 at the Campbell Clinic in Memphis, TN, followed by a Sports Medicine Knee Fellowship at the Jewett Clinic in Orlando, FL. Tim Joined The Orthopedic Clinic in Memphis in 1993. He served as Executive Committee Member 1993 – 2013, Medical Director from 1998 – 2013, and Medical Director of Specialty Surgery Center 2014 – 2020. Dr. Krahn was dedicated to taking the practice to the next level. He was an integral component to the clinic promoting digital x-rays in exam rooms, voice recognition software, and building out a more useful space at the current location with the anticipation of MRI and Physical Therapy being on-site. He was always working on a project…and the project was always a way to improve the life of others. He participated in multiple global ventures, including those in Korea and Brazil, to help educate foreign doctors in the use of modern orthopedic practices. He gave lectures and helped teach labs for various Ortho device companies to help younger clinicians understand the science behind the instrumentation. He volunteered from 1993 – 2013 at Christian Brothers High School football games as one of the team Doctors. As his children became involved in sports, he was the “go-to” sideline dad/doc that earned a reputation even among visiting teams as the “guy to call.” His first priority in life was his family. He lavished his family with his love, his time, and gifts. Maria was the love of his life as well as their children, Alexis, Katie and Christopher. He was a kid at heart and enjoyed every moment of their childhood. As they grew older, Tim was instrumental in convincing the three children to learn to scuba dive and enjoyed several family trips to all three Cayman Islands and Turks and Caicos. He loved watching all of the baseball and soccer games the kids played and knew every stat from every game from every season from every team. Numbers were his forte. Speaking of numbers, Tim lived his life as number 2. He always prioritized the needs of his patients, family and friends above anything he wanted. His motto was lived out as he spent time on projects for the “good of the group”. Left to cherish Tim’s memory are his wife, Maria, their children Alexis, Katie and Christopher, Parents Henry and Cathy Krahn of Springfield, MO, brother Mike Krahn (Eve) of Leawood, KS, sisters Jane Ballenger (Jay) of Springfield, MO and Cindi VanWingerden (Abe) of Huntersville, NC. He is also survived by 6 nieces, Megan Evans (Will), Mallory Krahn, Macy Ballenger, Madeline Krahn, Erin Krahn and 4 nephews, Noah VanWingerden, Brayton Ballenger, Andrew VanWingerden, and Zach VanWingerden and 2 great nieces, Emma and Adeline Evans. Visitation will be 5:30-7:30 p.m. Wednesday December 30th at Church of the Holy Spirit. Funeral Mass will be 12 Noon Thursday December 31st also at Church of the Holy Spirit. Burial will be in Resurrection Cemetery, Springfield, Missouri. The family requests that memorials be sent to St. Jude Children’s Hospital in Memphis, Tn. A link to the video of Tim’s life is attached: https://m.youtube.com/watch?v=sk1qes_f_v4&feature=youtu.be

Timothy Henry Krahn was born in Cavalier, ND. He was the first child of Henry Cornelius Krahn and Catherine Ann (Lorenz) Krahn, arriving on July 6, 1961 (the first anniversary of their wedding)! Tim lived in North Dakota for the first 7 years... View Obituary & Service Information

The family of Dr. Timothy Henry Krahn created this Life Tributes page to make it easy to share your memories.

Timothy Henry Krahn was born in Cavalier, ND. He was the first...

Send flowers to the Krahn family.