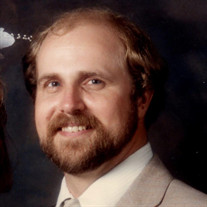 Victor Hugo Glatt - 69 October 28, 1951 - July 6, 2021 Vic Glatt passed away peacefully on Tuesday afternoon, July 6, 2021. He was born to the late Hugo Glatt Jr and Agnes Moore Glatt on October 28, 1951, in Memphis, Tennessee and was the oldest of three brothers. Vic graduated from Memphis Catholic High School in 1969. After graduation, he worked as a sheetmetal worker and foreman for most of his professional career and was a long time member of SMART Local Union #4 Sheet Metal Division in Memphis. He worked for a number of local mechanical contractors, Corzine Mechanical and Morgan & Thornburg among them, working on exciting builds including St Jude and Fedex Forum. After retirement from sheetmetal, Vic worked for Mills-Wilson-George, Inc for a number of years before retiring to become a full time sports fan! Vic was an avid sports fan of University of Memphis Tigers Basketball, Notre Dame Football and St Louis Cardinals Baseball. He enjoyed coaching women’s softball for a number of years, running 10k’s and triathlons with his Strength Aerobics friends and once serpentining in a canoe with his wife to see the beautiful flora and fauna! Vic loved art history, music and Hawaiian shirts. If out with friends, it was guaranteed he would be wearing a Hawaiian shirt! He was a huge Jimmy Buffett Parrothead fan going to many concerts with friends who lived at the Sycamore Apartments who jokingly called themselves the Sycamorons! Music was a big part of his life. He sang in church choirs all his life and once was pulled out of his class at a young age to sing in a musical with the older students. He loved all music from hymns and classical to the Memphis sound and of course Jimmy Buffett! Vic also loved to travel. He traveled many times across the country in a van with friends. He eventually met his wife Linda during his travels while bon-voyaging on a cruise to Mexico in 1985. They later married in 1995. Vic was also an avid reader with multiple books arriving to the house weekly. He read everything, non fiction and mysteries but mostly religious books. He loved reading about religious history, but his favorite books were those written by Father David Knight, books on Thomas Merton and anything on the Knights Templar. A big part of Vic’s life centered around he and his friends growing up attending Sacred Heart Catholic Church. He was an Altar Boy and attended school there through 8th grade before heading to Memphis Catholic High School. He has attended both Sacred Heart Catholic Church and The Cathedral of the Immaculate Conception over the years and was a member of the choirs at both churches throughout his life. Vic is survived by his wife Linda Kovarik, brother Eddie Glatt and wife Donna, brother Reggie Glatt, many nieces and nephews, several cousins and his cat Little Guy. He was preceded in death by his parents Hugo Glatt Jr and Agnes Moore Glatt, plus three beloved cats Gizmo, Frankie and Muffin. Visitation and Mass will be held on Wednesday, July 14, 2021, at the Immaculate Conception Cathedral, 1695 Central Avenue, Memphis, TN 901-725-2700. Visitation at 1:30PM Funeral Mass at 2:30pm Reception at 3:30pm Vic will be laid to rest the following week at the Whitehall Cemetery in Towaco, NJ after a second service for family and friends up north. In lieu of flowers, the family requests that donations be made to one of the following: Sacred Heart Catholic Church 1324 Jefferson Avenue, Memphis, TN 30104 901-726-1891 (Fire Damage repair Fund) Immersed in Christ 2095 Exeter Road Suite 80-110 Germantown, TN 38138 www.immersedinchrist.org Cathedral of the Immaculate Conception 1669 Central Avenue Memphis, TN 38104 901-725-2700 (Gift to Mary Roof Fund)

The family of Victor Hugo Glatt created this Life Tributes page to make it easy to share your memories.

Send flowers to the Glatt family.