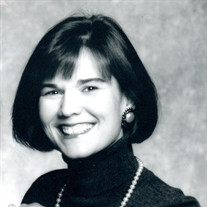 Virginia Lee Martin Rantzow, daughter of Dixie and Jerry Martin, was born March 1, 1964 in Memphis, Tennessee, and departed from this world to be with her Savior and Lord on December 3, 2019 after a yearlong battle with cancer. Lee was preceded in death by her father, Jerry Buford Martin, grandparents Ruth and Buford Martin, grandparents Richard and Fordyce Busby, stepfather James Moore Power and beloved aunts Virginia Busby Emes and Sallie Ann Nixon. Lee leaves her husband James Turley Rantzow, Sr.; her sons James Turley Rantzow, Jr. (Virginia) and William Power Rantzow; her mother Dixie Busby Power; her brother Jerry Buford Martin, Jr. (Lou); niece Elizabeth Martin Pittard (Charlie); nephews Louis Martin and Jerry B. Martin, III; her husband’s parents Susan and Dick Rantzow, his sister Lauren Parker (Kevin), and his sister Leslie Neely (Buck). Lee attended St. Mary’s Episcopal School from Junior Kindergarten through the twelfth grade where she made friendships that lasted throughout her life. At graduation Lee received a unique special award for twelve years perfect attendance. She then attended the University of Alabama where she became a lifelong Bama football fan, was a member of Delta Delta Delta sorority, made more lifetime friendships and graduated in 1986 with a degree in advertising. After working for an advertising firm in Birmingham for two years, Lee came home to Memphis where she became a manager of Harold’s, a ladies clothing store that had just opened in Saddle Creek. With her outgoing personality, great taste and genuine interest in her customer, Lee became a leading salesperson in the Harold’s chain of stores. On September 21, 1991 Lee married the love of her life James Turley Rantzow. God blessed them with two fine sons, James Turley Rantzow, Jr. and William Power Rantzow. Lee was a great boys’ Mom. She made everything interesting and fun. Her husband lovingly nicknamed her “Sport” early in their marriage because she was wiling to try new things and encouraged him and their sons in their endeavors. The Rantzows especially enjoyed a lake house at Ward Lake, Mississippi where they spent many happy times, hunting whatever was in season, watching ball games, entertaining guests and just being together. In 2003 Lee became Director of Annual Giving and Public Relations at Presbyterian Day School, a position she held until her cancer diagnosis in November 2018. She loved her job, her colleagues and the students at PDS. Hundreds of boys will remember the smiles and hugs of Mrs. Rantzow. Faith, family and friends were the focus of her life. A dedicated Christian, she loved people and made everyone comfortable with her kind, witty, and encouraging personality. Lee will be very missed, but she will not be forgotten by those whose lives she touched. Funeral services will be held Monday, December 9 at 11 am at Independent Presbyterian Church where Lee worshiped with her family. Visitation will be from 10 am to 11 am at the church. The family requests that in lieu of flowers any memorial gifts be given to the Annual Fund at Presbyterian Day School, 4025 Poplar Ave, Memphis, TN 38111; or the Missions Ministry at Independent Presbyterian Church, 4738 Walnut Grove Road, Memphis, TN 38117. “The time has come for my departure. I have fought the good fight. I have finished the race. I have kept the faith. Now there is in store for me the crown of righteousness which the Lord, the righteous Judge, will award to me on that day—and not only to me but also to all who have longed for His appearing.” II Timothy 4:6-8

Virginia Lee Martin Rantzow, daughter of Dixie and Jerry Martin, was born March 1, 1964 in Memphis, Tennessee, and departed from this world to be with her Savior and Lord on December 3, 2019 after a yearlong battle with cancer. Lee was preceded... View Obituary & Service Information

The family of Virginia "Lee" Martin Rantzow created this Life Tributes page to make it easy to share your memories.

Send flowers to the Rantzow family.