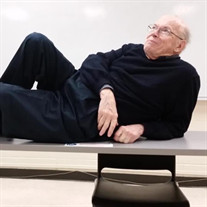 Walter Robert “Bob” Brown passed away in Memphis, Tennessee on Monday, June 22, 2020. Bob was born on May 22, 1940 in Meridian, Mississippi where he was raised to be a perfect gentleman – ever kind, considerate and thoughtful in all his encounters with others without a trace of hauteur. He earned his bachelor’s degree at Millsaps College in 1962 and went on to Emory University to pursue graduate studies in early modern European history. He received a master’s degree in 1963. He subsequently completed Emory’s doctoral program and was awarded a Ph.D. in 1973. In 1965, employment as an instructor of history at the University of Memphis brought Bob (or “Dr. Brown” as he was known to his students) to Memphis where he blossomed as a teacher who made a lasting impression on his students. Inspired by his example, many went on to pursue teaching careers. He was very generous with his time, devoting considerable personal attention to each interested student and each piece of his students’ written work. His dedication and excellence as a teacher did not go unnoticed. He won numerous teaching and advising awards, including the prestigious W. Russell Smith Award for Teaching Excellence – the highest honor for teaching distinction in the College of Arts and Sciences at the University of Memphis. What Dr. Brown’s students appear to have valued most were the questions he coaxed them to ask about the forces that bring about political, social and cultural change and how they are interconnected, if at all. Dr. Brown’s contributions to the history department at the University of Memphis include his service as Assistant Chair and Scheduler from 1987 to 2011 and his unofficial role as wise counselor to his colleagues. Valuing his wisdom, reasonableness, common sense and sense of humor, they often turned to him for advice on an array of departmental matters. Upon his retirement from the University in 2015 after 50 years of service, Aram Goudsouzian, then Chair of the History Department, observed: He is a brilliant teacher. Most of us have never met anyone as widely read, as intellectually curious, as appreciative of humanity in all its beauty and tragedy. Just as important, he is a man of exceptional grace, a true gentleman who cares for all those around him. For most of his long career, he advised our undergraduate students. He did not just help them choose courses – he was a true mentor, forging personal bonds with the young and old, man and woman, gay and straight, black and white. Valuing “humanity in all its beauty and tragedy,” Bob embraced Memphis theater, the Memphis Symphony Orchestra, Concerts International, and the Brooks Museum of Art, contributing substantially to each. For over two decades, he served as Adjunct Curator of Decorative Arts at Brooks Museum where he curated numerous exhibitions, advised on countless acquisitions for the permanent collection, and generated outstanding programing that sparked interest in and appreciation of the decorative arts and material culture within in the Memphis community. For Brooks’ staff, Board and members of the Decorative Arts Trust, it was Bob’s “deep intelligence” and “quiet humor” that set him apart. Bob is survived by his lifelong partner, Richard Tanner, and countless friends and admirers who loved him dearly and will miss him greatly. A memorial service celebrating Bob’s life will be held on a yet to be determined date. Details regarding time and place will be furnished in a subsequent notice. Donations in Bob’s memory may be made to the Memphis Symphony Orchestra, the Brooks Museum’s Decorative Arts Trust, the Department of History at the University or to any charitable organization of the donor’s choice.

The family of Walter (Bob) R. Brown created this Life Tributes page to make it easy to share your memories.

Walter Robert “Bob” Brown passed away in Memphis, Tennessee on...

Send flowers to the Brown family.