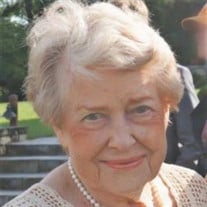 Billie Pence Canon Willa Jean "Billie" (Pence) Canon, 94, passed away peacefully on April 5, 2021. She was surrounded by her family in her home of fifty-eight years in Midtown Memphis. Billie was born on November 22, 1926 to William and Mildred Pence of Sommerville, AL. She moved to Memphis In 1943 and graduated from Messick High School the following year. In 1950 she married Charles William Canon who preceded her in death in 2007. She is also preceded in death by her parents, brothers Don and Ralph Pence, and sisters Laurette Cory and Hazel Collier. Billie lovingly leaves behind her sister Lynda Armistead of Hartsville, AL and her five children; John (Ann) of Brevard, NC, Dan of Eudora, MS, Suzanne (Ben) Bazak of Roanoke, VA, David (Lisa) of Memphis, TN, and Harmon of Denver, CO. Grandmother Canon was adored by her fourteen grandchildren; Brian (Margaret), Tyler (Nicole), Sarah (David) Sims, Allison (Mike) McCarty, Theresa (Justin) Pickett, Emily, Suzanne (Shannon), Jordan Bazak, Andrew (KaLynn) Bazak, Jackson, Avery, Lucy and Peyton and her five great- grandchildren Canon Pickett, Nolen McCarty, Oliver Pickett, Charlie and Margaret Abigail. In addition she is survived by a multitude of loving nieces and nephews. Billie was a devoted member of Evergreen Presbyterian Church for over 60 years where she also served as administrative assistant for 27 years. Throughout her many years she was active in church circles, knitting groups, book clubs and the Evergreen Garden Club. Billie was known by her family and friends as a woman of faith, grace, and abundant energy. Everyone was welcome at her table whether it was for a meal, an engaging conversation, or a spirited game of Rummikub. She will be deeply missed and our fondest memories of her will live in our hearts forever. She will be laid to rest beside her husband at Oakwood Cemetery in Tunica, MS. with a graveside service on Monday April 12 at 11:00 AM. A lunch reception will follow. Officiating will be The Reverend Amy C. Howe and The Reverend Dr. Stephanie B. Patton. Billie's request was that all memorials be sent to Evergreen Presbyterian Church.

Billie Pence Canon Willa Jean "Billie" (Pence) Canon, 94, passed away peacefully on April 5, 2021. She was surrounded by her family in her home of fifty-eight years in Midtown Memphis. Billie was born on November 22, 1926 to William and Mildred... View Obituary & Service Information

The family of Willa Jean "Billie" Pence Canon created this Life Tributes page to make it easy to share your memories.

Send flowers to the Canon family.