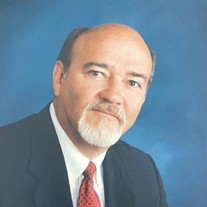 Dr. William Henry McHorris II Dr. William Henry “Bill” McHorris died at home in Memphis on February 12, 2022. He was born in Bristol, VA on March 7, 1939 to Sarah Portrum McHorris and William Cubert McHorris and raised in Kingsport, TN. Bill graduated from Dobyns Bennett High School in 1957 and was a Hall of Fame athlete lettering in 4 sports, and was All-State in three of the four. He went on to be a three-year first team all-conference basketball player for the University of Louisiana at Lafayette and a Small-College All-American in his senior year. He was drafted by the Detroit Pistons, but chose instead to pursue dentistry. Bill graduated from the University of Tennessee College of Dentistry in 1964, where he was class president for 2 years and Valedictorian. He went on to private practice in Memphis, TN for the next 56 years, becoming the world’s foremost authority on TMJ and occlusion. He authored numerous textbooks that are still in use in dental schools globally today, and has lectured over 700 local, national and international groups and organizations. Bill was the director and clinician for over 65 dental study groups spread over 5 continents. He was a Fellow in The American College of Dentists and The International College of Dentists and served as President of the American Academy of Restorative Dentistry and The International Academy of Gnathology. In addition to his academic accomplishments, he was a much beloved practitioner to his patients, students, and loyal staff. Since 1976 he had volunteered at UT, College of Dentistry, and upon retirement from private practice, he continued in his passion for teaching at as an Assistant Professor of Prosthedontics. An avid hunter, fisherman and ardent lover of nature, Bill was a founding lifetime sponsor of the National Wild Turkey Federation and was a sponsor of Ducks Unlimited and the Wolf River Conservancy. Bill, a scratch golfer into his 60’s, won his club’s senior championship in 2006. His patience, generosity of spirit and eagerness to painlessly heal those who needed him will be remembered by many. Bill is survived by his wife Jacqueline DuBois McHorris, his son William Henry McHorris III (Kym), and daughter Collyn McHorris Wainwright (Andrew), three grandchildren, Dani Wainwright, Olivia McHorris, and Julian Wainwright, and a Brother Hal P. McHorris. The family asks that in lieu of flowers, memorials may be made to The Church Health Center in Memphis. Bill was always concerned with the health of others, and in consideration of COVID, there will not be gathering in memoriam. When you think of Bill, raise a glass.

The family of Dr. William "Bill" Henry McHorris II created this Life Tributes page to make it easy to share your memories.

Send flowers to the McHorris family.