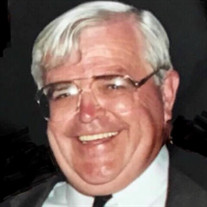 William Daniel Ryan of Swampscott, MA passed away peacefully on December 21, 2021. Bill was born on June 30, 1936. He was the son of William and Irene (Flanagan) Ryan and grew up in Somerville, MA. He was the beloved husband of Mary Ann (Brown) Ryan, with whom he shared 55 years of marriage. Bill was a graduate of St. Clement High School and Boston College where he played varsity baseball. Immediately following his commencement in 1958, he joined the Navy and served as a Lieutenant. His Navy service aboard the aircraft carrier USS Ranger took him around the world, including Japan, Morocco and Hawaii. He had an extensive career in the technology industry, retiring as an executive with Network Systems. Bill and his wife, Mary Ann, raised their family in Swampscott, Massachusetts where they resided for 45 years prior to moving to Memphis, TN. He was an adoring family man and enjoyed supporting and celebrating the activities and accomplishments of his children and grandchildren. Bill was an avid sports fan with a special affinity for the Red Sox and Boston College athletics. He was an active BC alumni and football season ticket holder for nearly 50 years. Bill was a dedicated reader and had an insatiable love of all things related to military history. Before his passing he was fortunate enough to fulfill his last bucket list item: a visit to the beaches of Normandy, France. In addition to his wife Mary Ann, he leaves his daughters Carolyn (Tucker) Jeffrey of Denver, CO, Patrice (Brian) Gallary of Bryn Mawr, PA and his son Billy (Amy) Ryan of Memphis, TN. He also leaves his eight cherished grandchildren: Jack, Griffin and Halley Jeffrey; Aidan and Meghan Gallary; and Will, Katie and AJ Ryan. He is survived by his sister, Claire (Jim) Collins and Mary Lou Yanus of Medford, MA and many nieces and nephews. Bill was predeceased by his brother, Joseph Ryan of Marblehead, MA and his sister, Irene Sincleair of St. Cloud, MN. Visiting hours will be held Friday, January 21, 2022 from 4:00 p.m. - 7:00 p.m. at Solimine Funeral Home, 67 Ocean Street (Rt. 1A) Lynn, MA. Funeral Services will be held Saturday, January 22, 2022 at 10:00 a.m. at St. John the Evangelist Church, 174 Humphrey Street, Swampscott, MA. In lieu of flowers, expressions of sympathy may be made to The Navy SEAL Foundation at www.navysealfoundation.org.

William Daniel Ryan of Swampscott, MA passed away peacefully on December 21, 2021. Bill was born on June 30, 1936. He was the son of William and Irene (Flanagan) Ryan and grew up in Somerville, MA. He was the beloved husband of Mary Ann (Brown)... View Obituary & Service Information

The family of William Daniel Ryan created this Life Tributes page to make it easy to share your memories.

Send flowers to the Ryan family.